Learn about the history of our work

Mullen Home for the Aged is one of many Homes administered by the Little Sisters of the Poor, an international organization of religious women at the service of the elderly poor in 31 countries. Founded in France in 1839 by Jeanne Jugan, the Little Sisters administer Homes and work to care for the aged, where they welcome older men and women of low or no income, regardless of race, religion, sex, or national origin. The first American Home was opened in Brooklyn, New York in 1868.

Mr. John K. Mullen, a prominent citizen of Denver, wanted and offered to finance a home in the area that would care for the elderly. He requested the Little Sisters of the Poor specifically to carry their mission to Colorado, which would be a memorial to his wife, Catherine Smith Mullen, and himself. The Little Sisters arrived in Denver in December 1917, at the request of Bishop Matz of Denver, in response to Mr. Mullen’s interest. On March 28, 1918, the Little Sisters welcomed their first elderly resident to Mullen Home.

Listed below are a few prominent events from the rich history of Mullen Home for the Aged:

From considerably small and humble beginnings, the Little Sisters of the Poor follow the example of our foundress, Saint Jeanne Jugan, and provide a loving home-like atmosphere where our Residents can live out their days in peace and comfort.

Our mission today is the same as it was over one hundred years ago in 1917 — to serve needy elderly men and women of Colorado. For more information about Saint Jeanne Jugan and the Little Sisters of the Poor, click here. 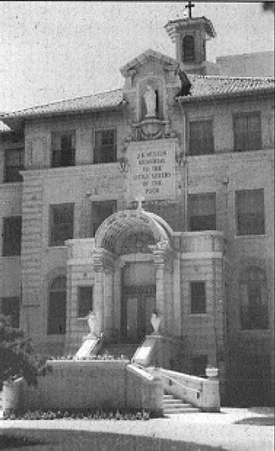 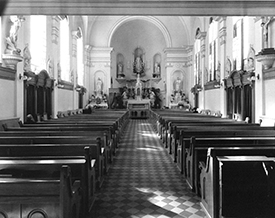 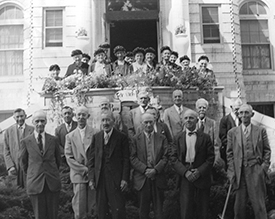