On Saturday, December 21, 2019, we were honored to receive for the 100th time the Knights of Columbus for their annual Christmas party for the Residents.

The Knights and their families were from the Denver Council 539 and John H Reddin Assembly 87. The Knights first came to Mullen Home on November 18, 1919.

Father Ron Cattany, Rector of the Cathedral gave the opening greetings and prayer as well as giving a little history of the Knights in Denver. 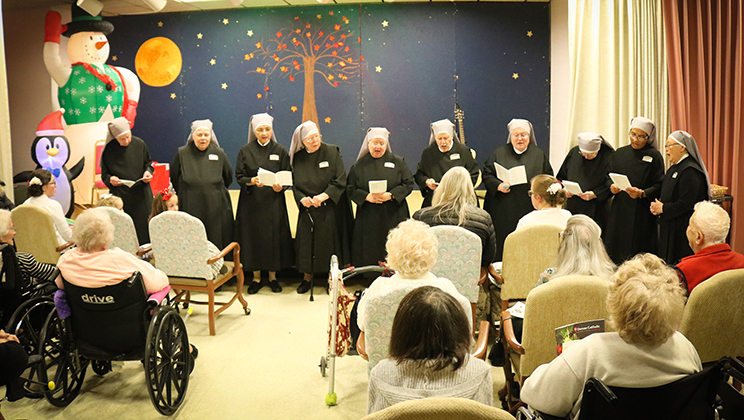 Entertainment was provided by three of the families. They did movements to the songs they had prepared. Delightful! One of the little girls did a rendition of Shirley Temple’s “Good Ship Lollipop” and “All I want for Christmas is my Two Front Teeth.” Another family’s two young boys (ages 5 &7) played the piano and guitar while their sister sang. The last act was a Juggling Act by an 8 year old who was assisted by his older sister. 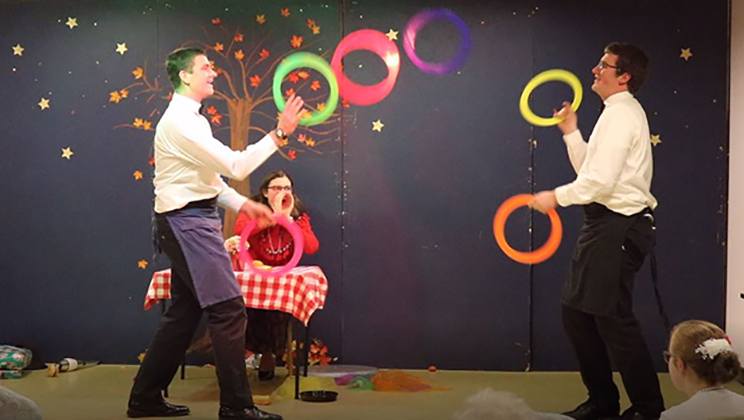 Each year in November, the Knights ask the Sisters what the Residents would like for Christmas. During the intermission of the Christmas Program, the children presented the gifts to the Residents and had their pictures taken with them. One of the Knights still has the picture they took of him over 30 years ago. What a nice Christmas tradition.

One of the Residents crocheted winter caps for everyone who came for the party, adults and children alike.

How blessed we are to be able to share in the fruits of our Founder and Foundress.

9News also came out to report on this momentous occasion. Check out the video below!