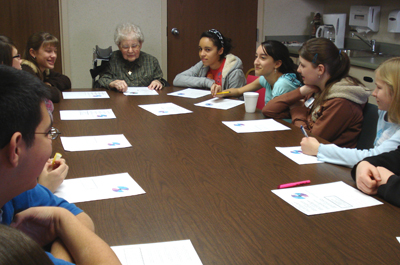 All education is the development of the human aspects of personality: mental, moral, social, psychological, and physical. The emphasis in school education is on the mental; the social, psychological, and physical are considered secondary, and the moral is forbidden in American public schools. My first five grades as a student were in public schools. For some reason still a puzzle to me, I was depressed about school during those years, although my grades were good.

At age eleven, in grade six, circumstances led me to a Catholic school, in which, from my first contact, I felt the curtain fall, admitting a sudden blaze of sunshine which has never yet (I am 95 now) reached sunset. I love school! I became a teacher, and (this almost a century ago) by 18 I had completed high school and stood before a class of 49 seventh graders. Years came and went. Forty-nine more times I joyfully lived through a “first day of school.” At seventy, state law considered me too old to teach in a college classroom, but teaching has become “my love” to such a degree that I felt compelled to find various opportunities to teach or lecture on many topics, and continue private tutoring of young and old without my sun ever being clouded nor my spirit depressed. I attribute this to the freedom of spirit that fills the Catholic classroom, with no restraints on instruction in morals as the cohesive factor, enabling all five aspects of a personality to combine into a proportionately developed member of society.