“Prayer in the Square” 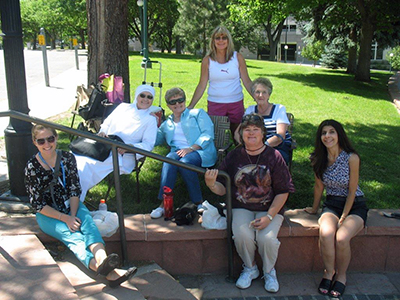 On Saturday, June 22, 2013 Sr. Joseph Marie, two residents, and three AJJ members represented the Little Sisters of the Poor/Mullen Home at the “Prayer in the Square” rally on the west steps of the Capitol. The Archdiocese of Denver organized and sponsored an ecumenical public prayer rally from noon to 2 p.m. This was just one event planned for the Fortnight for Freedom, June 21-July 4, an initiative of the United States Conference of Catholic Bishops, to encourage all Catholics and people of good will to pray and fast for marriage, life and religious freedom. 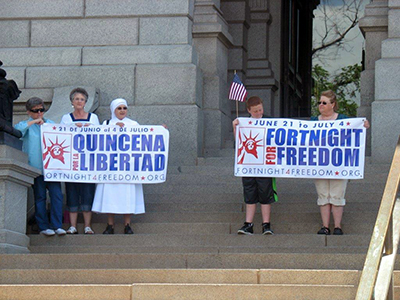 Shaun Garrison, a Fellowship of Catholic University Students missionary, and his band provided music. State Rep. Kevin Priola’s speech (R-Adams County) recalled that the Founding Fathers of the United States came from a monarch type of governing system. He reiterated the impact it had on the people that whenever a new monarch came to power that the people had to change their belief system to the king or queen’s religion. Our forefathers would not ratify the constitution until the Bill of Rights was incorporated. Msgr. Peter Quang Nguyen, pastor of Our Lady of Lourdes in Denver, gave his moving testimony about escaping communist Vietnam in the ’80s. Archbishop Samuel Aquila of Denver, and Joe Walters of Colorado Christian University, led the crowd of around 200 people in prayer for Religious Freedom.

We humbly thank God for this opportunity to pray with our Denver’s Good Shepherd for such a worthy cause. And we also pray for the success of the United States’ Bishops Fortnight for Freedom initiative. 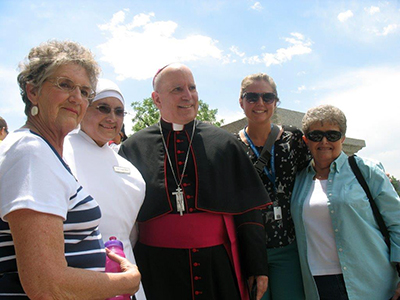