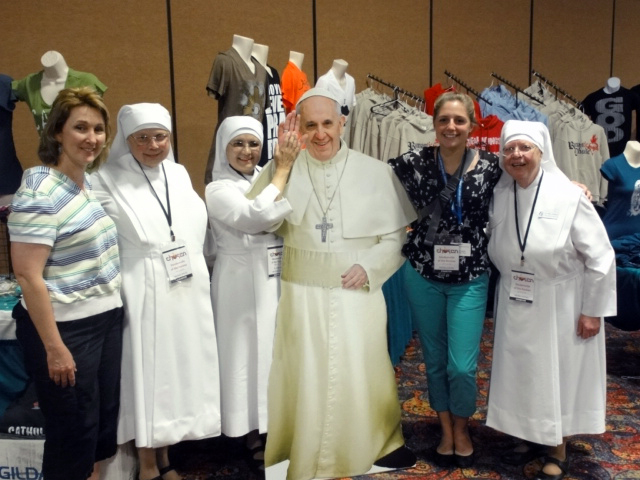 Whoa! Who is that in the picture? Is that Pope Francis with Sister Paul, Sister Mary Emilie, Sister Joseph Marie, Ruthie Horton, and Mary at the Steubenville in the Rockies Youth Conference? The answer of course is no, but the life-sized, cardboard, stand-up figure of the pope does cause one to take a second look.

At the end of the conference’s Eucharistic liturgy, the Denver Vocations Director asked the youth to take a second “interior” look. The participants who felt that they might be called to the religious life were called to the front of the room and given vocation packets. An unusually high number of young men and women came forward. Every day before Mass, the Little Sisters of the Poor pray for vocations. Hopefully, several of those young ladies will be called to serve the elderly poor as a Little Sister of the Poor. Lord hear our prayer!