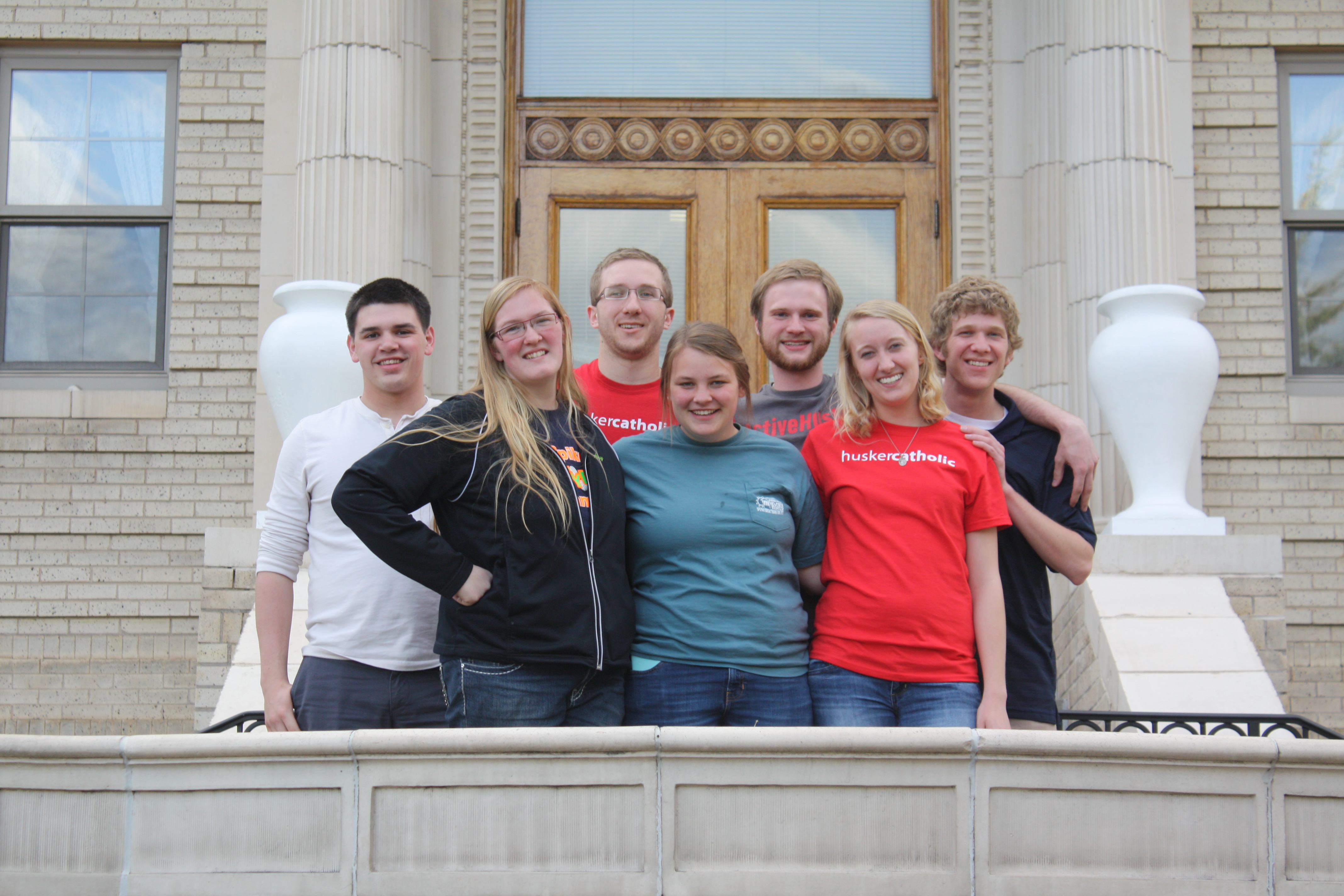 Upon arrival at Denver as student missionaries from the University of Nebraska Lincoln, we were fittingly greeted by this passage during Sunday Mass at the beautiful Cathedral. This prepared us for the many Graces that our Lord lavished upon us for sacrificing our spring break in order to serve at the Little Sisters of the Poor.

As we pulled into the parking lot at the Mullen Home, anticipating a run down shack, we were pleasantly surprised to see the huge building that looked down at us. We were then greeted by Sister Mary Grace who gave us a quick tour and instantly displayed the Sisters’ charism of hospitality as we were shown our rooms and told that “if one of the mattresses is uncomfortable, just let us know and we can bring in a new one.”

On our first day of “work,” (it was more fun than it was work most of the time) Sister Mary Grace, full of confidence, told us that one of the residents just went up to Heaven. It was a beautiful moment that really shed light on the importance of the work we would be doing.

Our daily activities varied quite a lot around the fixed schedule of breakfast, lunch, and dinner. We served meals to the residents and ate with them each day, instantly building relationships. I specifically recall my first dinner when I sat with Pauline who seemed to know everything about the Mullen Home. She was so friendly. Amy, one of our missionaries, can specifically remember how on one of the very first nights in Denver, she sat down with Gayle and Griselda, as I did for many of the meals throughout the week, not really knowing what to expect.

As she was speaking with them, she came to realize how much our generation has been missing, by not talking with the older generations. We are so fortunate to have them around, and for them to be so eager to speak with us, and yet, far too often, we just assume that their stories are going to be a history lecture, or something we can’t relate to. Many times, however, this is not the case and the stories they wish to tell are far more relatable and inspirational than we could ever imagine them to be. While she was listening to their stories about the struggles they had been through, throughout their lives, Amy recalled loved ones that had been in nearly the exact same situations.

There were so many parallels between the two, and if she hadn’t already known it, she never would have guessed that these stories were separated by at least 30 years. She is so grateful for the opportunity to have heard these stories. As the week progressed, we built stronger relationships with the residents we interacted with, as well as doing a significant amount of yard work to prepare the grounds to be an inviting area for the summer.

Amidst the work, however, we were able to have a lot of fun. On Monday night, we took some residents with us to an organ concert at the Cathedral and it was beautiful. One day, we worked on a community giveback project where we helped the residents make rosaries and write down a story that they wanted to tell people. I got the pleasure of working with Anita who told me the funniest stories about her childhood. At one point during the week, Anita mentioned how she, as well as the other residents, appreciated how we didn’t treat them like diseases. We treated them with the dignity they deserved.

We also met a resident, Theresita, who was astounding. She was just shy of 100 years old, yet still walking around by herself and capable of a solid conversation. Her most amazing characteristic was her great love for evangelizing. Tim, one of the missionaries, slowly got to know Theresita. By the end of the week she invited a few other students and him to come up to her room because she had a gift for us. Little did we know of the surprise she had waiting for us. We discovered that Theresita had gotten a PhD in sociology earlier in her life and had written multiple books about Christianity, the life of Jesus, and the Catholic Church. She gave each of us a copy of her books and additional ones to give to a friend. It was truly beautiful seeing this woman’s faith and passion to spread God’s word. All that she asked in return was that we continue to spread the faith and love of Jesus Christ.

While some of the group was with Theresita, the rest of us were gathering residents for Stations of the Cross. I specifically remember going up to Sue’s room and asking her if she wanted to join. She said, “I really should, but I’m eating right now.” I then told her I would say a prayer for her and after a brief moment spent thinking, she decided to put her McDonalds away and join us. Afterwards, there was a reception where we simply sat and talked. Sue continued to talk about how grateful she was that we were there.

Our week at the house of the Little Sisters of the Poor was so incredibly fantastic! From the minute we arrived to the minute that we left there was such an atmosphere of love surrounding the entire place. Everything the Sisters do for their residents is so seated in humility, hospitality, and love. One of our favorite moments from the entire trip was simply watching the way in which the sisters and staff would speak to and interact with each person. It really spoke volumes to the fact that the emotional care you give to someone is just as important as the physical care you give.

The Sisters are able to do both in a perfect balance and the love they show radiates throughout the entire house! We came to give, but we ended up receiving so much. We were shown such tremendous love by the staff, Sisters, and residents. So thank you.
You guys really helped us to experience Christ in the poor.

A NIGHT AT THE PROM!
NEW AJJ MEMBERS WELCOMED