The canonization of John Paul II was an exciting day for Father Mucha. He first met St. John Paul II on a retreat in Poland when the future pope was the assistant to the bishop. Fr. Mucha and John Paul II had a nice conversation over a meal at that time. Later, when John Paul II was elected pope, Fr. Mucha went to Rome for his installation and came home with great memories: “The Pius XII auditorium was full of Polish people. Cardinal Rienzski gave a little talk and then knelt in front of the Pope who in turn knelt and embraced him; the whole auditorium was clapping! It was so moving.” His next personal encounter was a couple of years later when he went to Rome to see the Holy Father and was able to concelebrate Mass with him in his private chapel.  Father Mucha also recalls hearing about this chance encounter with the Pope.  His brother’s aunt was tending sheep up in the mountains where Pope John Paul II (in disguise) was hiking. He asked her if she would make him something to eat and she told him to fetch the water and she would. Thank you, Father Mucha, for sharing you wonderful encounters with Saint John Paul II. 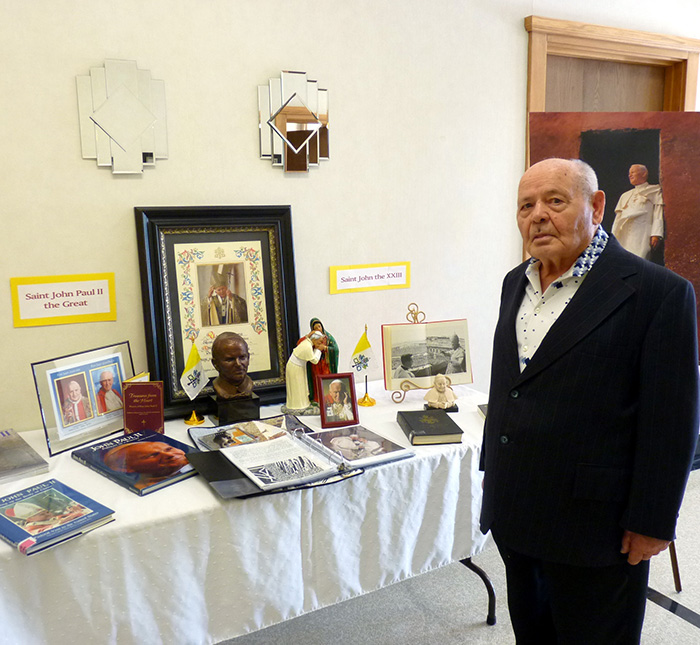 Hospitality Club … A Big Hit with Teens and Moms and Residents!
FROM HAWAIIAN PUNCH TO HULA-HOOPS