Commemorative poem read by Jean Osborn at our 100-year celebration. 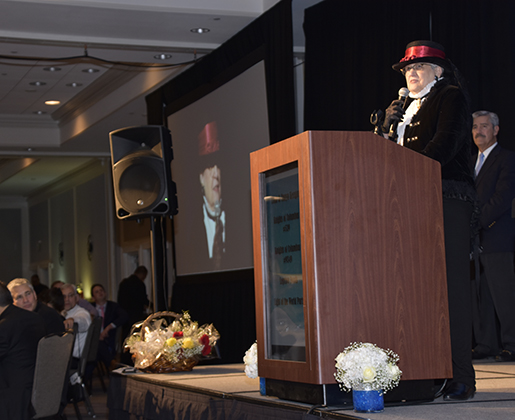 It was many and many a year ago
In a village by the Brittany sea
That a maiden known as Jeanne Jugan
Lived a life destined for divinity.
For she made her small home a refuge
For the old, the helpless, the poor
And all found comfort and dignity
As they entered through her door.

Thus began Little Sisters of the Poor
Who keep her mission well enthroned;
Which brings us now to commemorate
This place called Mullen Home.
For it all began some decades past
In the year eighteen-eighty-one
That a request was made by the archbishop
Asking the Sisters, “Will you please come
And provide a safe haven in Denver
For the old, the helpless, the poor?”
But the appeal would go unanswered
For thirty years and more.

You may say it was providential,
For the Little Sisters surely would,
That a flour baron named J. K. Mullen
Stepped in just when he should
And offered to finance a home for the aged
As a memorial to him and his wife
To thank the Lord for all the good fortune
That had come into their life.

So by nineteen-hundred-seventeen
The home was well underway;
Ten beautiful acres were found and deeded
Where the home stately stands today.
Mother Superior and four Little Sisters
Arrived in the winter of that year
To begin their labors in earnest
For the mission they hold most dear,
To care for those needing refuge,
The old, the helpless, the poor
And in spring of nineteen-eighteen
The first in need came through their door.

How swiftly God turns the hour hand
‘Tis now a century that has come and gone;
The Little Sisters have served many souls
And our foundress is now ‘Saint’ Jeanne Jugan.
And Mullen Home with grace endures
Providing sanctuary for the old, the poor
And with God’s good will this sacred refuge
Will serve another hundred years and more.