The only thing missing this year from the Super Bowl festivities was our dear Monsignor Jones sounding his battle cry throughout Mullen Home: “Say a Hail Mary for the Broncos!”

Msgr. Jones, a Resident of our Home for over eighteen years, died peacefully just a few days before the big game. His rallying cry was still loud and clear and ever present as we gathered in the auditorium for the big game on Sunday. And among the sea of orange shirts, scarves, hats, punch, streamers and whatever else could be painted orange, the Residents were ready to party! 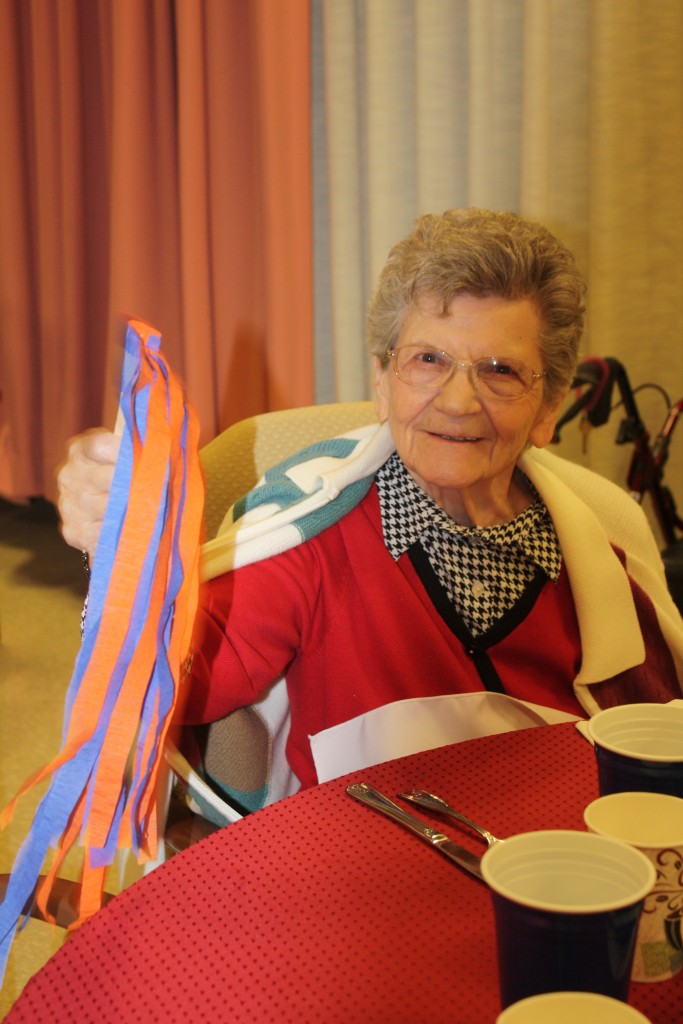 Snacks were provided at the start and not a single pass or kick was missed as the Residents glued themselves to the big screen! Somehow, amid all the cheers and screams and clapping, dinner got served and it was pizza all around! The “Hail Marys” worked as the Broncos clinched the game out from under the Carolina Panthers 10 to 24! 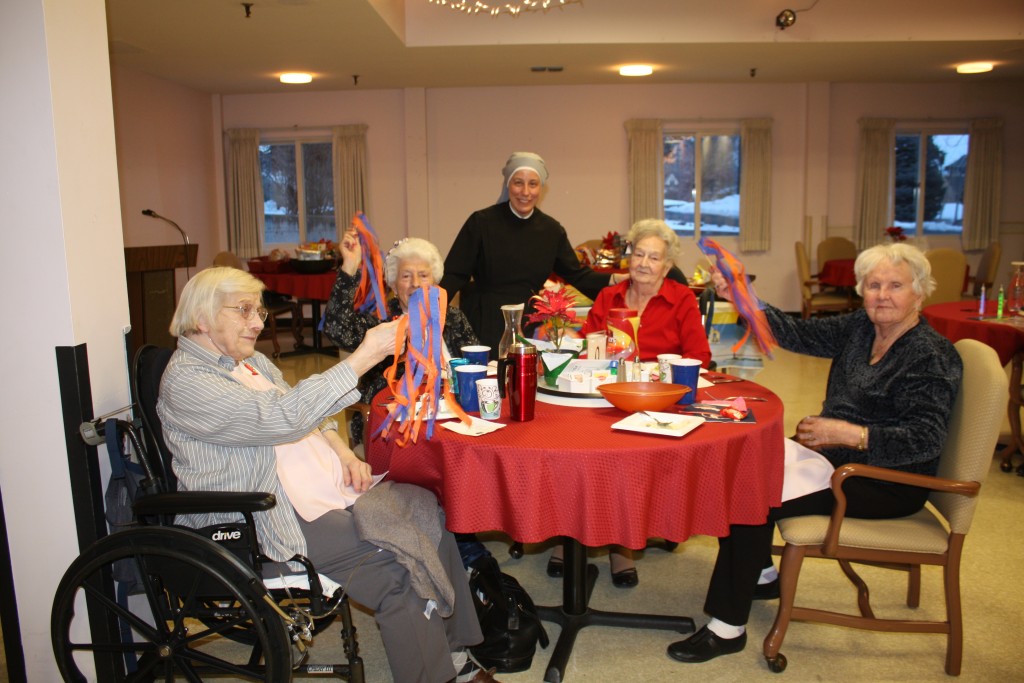 We were happy to hear all the humble comments made by Manning and a few other Bronco players who were aware of God’s goodness and giving credit to the “team spirit” that prevailed. 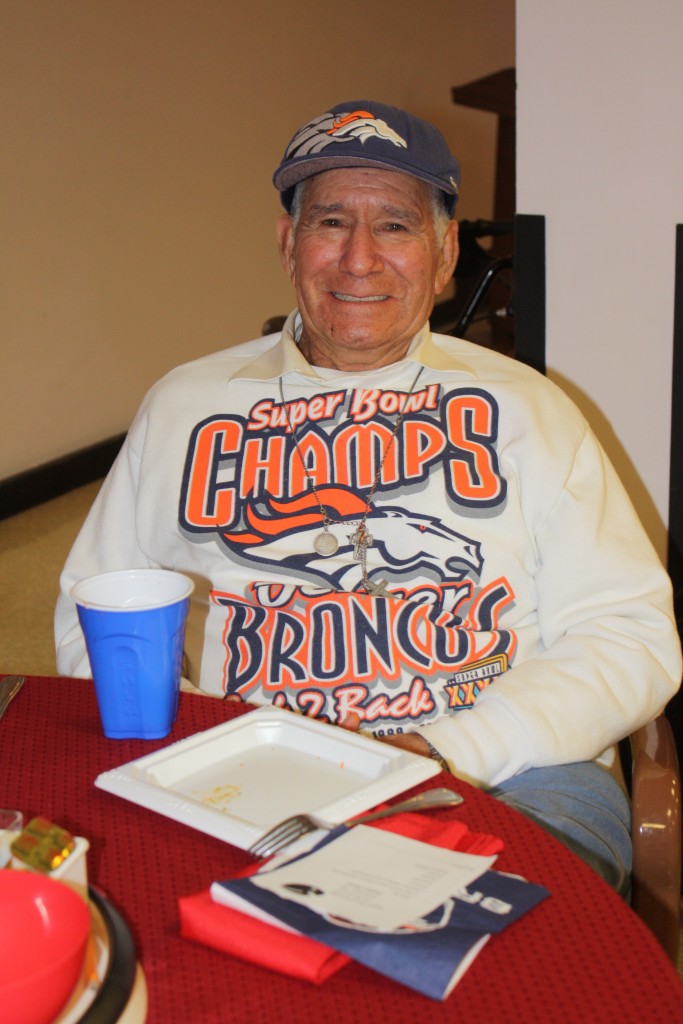 BRONCOS – A CLASS ACT! … and know that the Residents of Mullen and Msgr. Jones are awaiting for a repeat in 2017!

… and in memory of Mgsr. Jones 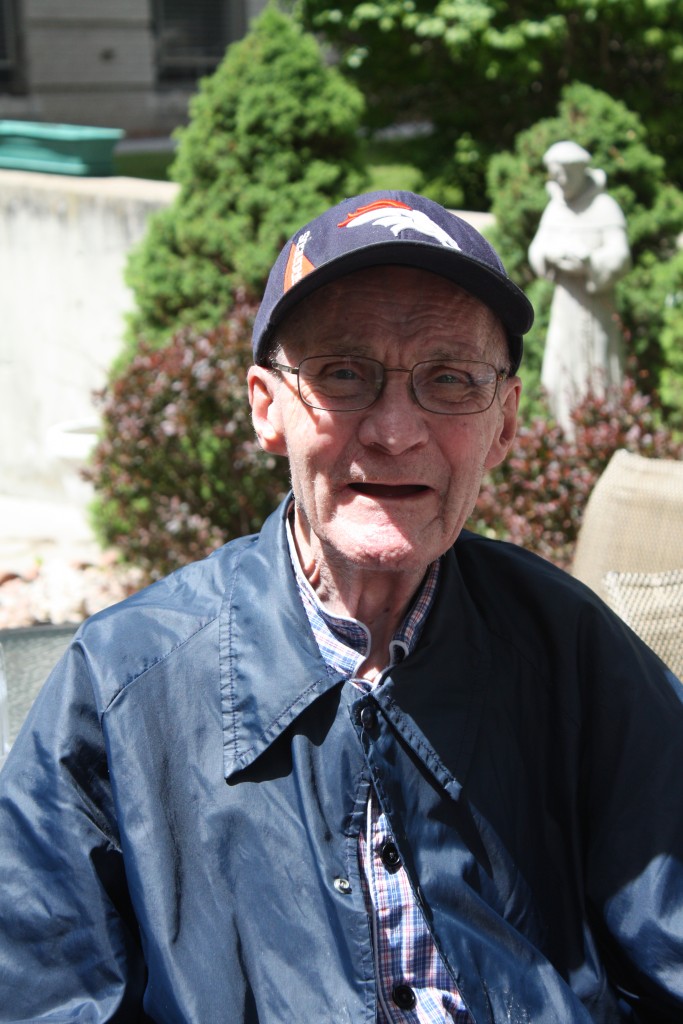 Music Speaks to the Heart and the Hands
When it comes to Mardi Gras New Orleans has nothing on Mullen Home!